↓
Home→CFL→More of the Honest, Ethical, Open Congress at “work” 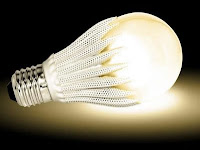 Wind the time machine back a few years and recall that the big push was for consumers to buy more energy efficient appliances and fixtures with the benefit that they will save tens and hundreds of dollars on their utility bills. This savings would offset the higher costs of these new, efficient purchases. The savings would offset the need for custom disposal of CFLs by approved means. The savings would be the consumers’. Enter the democrat Congress (remember, “most honest, ethical and open Congress ever”) and the Energy & Commerce Committee Chairman Henry Waxman (D-CA). He has amended the bailout bill with a provision for “revenue decoupling.” What does that mean? It means that, if approved, any utility company can increase a consumer’s energy costs when their energy usage declines to maintain revenue levels. So all that savings that the consumers are looking forward to after purchasing the more expensive CFLs and that higher SEER air conditioner will be going right back into their utility bills. And in the end, the consumer will have just paid more for an appliance, light bulb, fixture. Bottom line.

Want to take this one step further? Many of these energy efficient items cost more to make and use more energy to make (hence the higher costs). So now, we, as a country, are investing in more energy usage and costs when the goal is (to some) to reduce usage or (to others) be smart about energy usage.

A short tangent along these lines – if we only had a little patience, the LED (Light Emitting Diode) will likely show up as a household lighting option (pictured left). There have been some technical hurdles to overcome which many have been recently. The benefit? Better energy usage, no mercury and reasonable costs for lighting. But much like a dusting of snow or sleet in the DC area and you have panic in the streets and this urgency, akin to the rush to stock up on milk, toilet paper and bread, promulgated by the media to buy CFLs when better options aren’t that far off.

When will the American public wake up and see the ridiculousness of this Congress and take them to task for their gross idiocy?