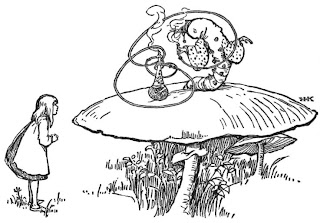 It’s all good, I’m back from wonderful Nashville, TN from a business conference. Too much standing and talking during the day and wining and dining in the evenings…and then too many political emails overnight. In any event, I did receive an email pointing out this great piece in the WSJ. I think it might paint a pretty good picture of what the next two years have in store for the U. S. (Why two years, you may ask? Well, I think Americans in general fear a one-party dominated system…so I think the Democrats will lose either the House or the Senate in 2010).

The author rightly points out that the growth areas (China, India and Brazil are embracing free-market capitalism and seeing success). Obama and the leading Democrats in Congress are going to roll us into a protectionist mode focusing on social redistribution and other protection programs. No longer will the United States be a leader in innovation.

As reported a while ago by my fellow Gormogon, democrat-led states have tried this – funnel money into failing social programs, throw money at the failing public school systems, etc. and when facing an economic crises, i.e. a budget shortfall, raise taxes. And it doesn’t work. All that happens is growth stops, less monies are received by the government forcing the inevitable cessation of programs (one can only hope that the right programs are halted).

I feaer what other predictions by us mockers will come true – the death of First Amendment rights, brown shirts in the streets (maybe I should save the blog content now), socialize medicine where we’re cleaning the hospitals. Stay tuned….and stay classy!