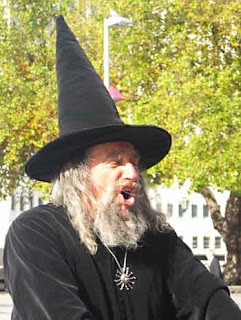 Hat tip to What Would Tyler Durden Do? for the following:

At her concert last night in New York City, Madonna said she would kick Sarah Palin’s ass if she didn’t, “get off my street”. Whatever the hell that means. Madonna owns the street now, I guess. She did this of course because she thinks Sarah Palins beliefs are ridiculous. Keep in mind that Madonna wears a magic piece of red sting on her wrist to ward off evil spirits, and she believes in spells that can manipulate the laws of nature. I don’t know exactly what Sarah Palin is into, but I’ll bet you dollars to donuts it’s no dumber than wizardry and enchanted yarn.

Of course, the video is pulled, lest another liberal gets recorded doing something stupid.