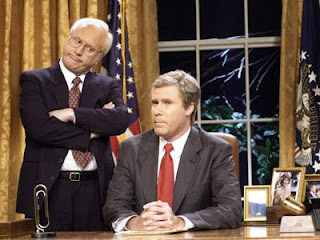 It should be clear to any long-term reader of this site, that my personal belief is that once “politician” became a career here in America, the American political system began a downward spiral. No longer was it well-intentioned citizens volunteering to undertake a civic duty to help the country. It became a job. And, really, who wants to lose their job? Especially, when you have perks like: pension benefits that are 2 to 3 times what equivalently salaried private sector jobs enjoy, Health and life insurance, approximately 3/4 and 1/3 of whose costs, respectively, are subsidized by taxpayers, Wheeled perks, including limousines for senior Members, prized parking spaces on Capitol Hill, and choice spots at Washington’s two major airports, etc. And don’t forget, Nancy Pelosi and the “most honest, ethical, and open Congress ever”, has sought to increase these benefits at the cost of the taxpayers. So it becomes a fight for their job every two, four or six years depending on the position.

So, to borrow some of Ghettoputer’s practices, I sat back a did some drinking and thinking (albeit not in the shower and not in a deer blind). So what happens if the polling is correct and Obama/Biden take office in January? What will the Jon Stewarts, Chris Matthews, and Keith Olbermanns of the media and Hollywood do? I think we’ll see a mass exit from the satricial comedy genre because it’s only en vogue to do so against conservatives, republicans and particular religious groups. Hopefully, we won’t get more crappy reality shows….although, it seems like Hollywood doesn’t have any more good ideas because they bury or cancel all the good shows (e.g. NewsRadio, Sports Night, etc.). Can anyone really see SNL mock Obama or Biden to the degree that they’ve done to Bush, Quayle, and Cheney? Maybe the jackboots from the Obama administration will deal with them. There is plenty of gaffes from Biden and Obama for material…and lord knows that Pelosi, Reid, Frank, and company are decent targets but it’s prety clear that Hollywood has it’s own bully pulpit.