↓
Home→ACORN→Hopefully Someone is Listening to Newt 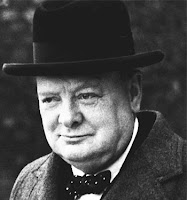 He’s a smart guy regardless of how polarizing he may be. He was able to get things done in Congress back with the “Contract for America”. In fact, it may be the last time a Congress was actually effective. A few highlights from his most recent piece:

If we don’t focus on making it easier for small business and for entrepreneurial startups, we won’t have the new jobs to replace the old ones that are fading away under the pressures of science, technology and the world market.

If we don’t get government spending, government regulations, government bureaucracy and government-mandated litigation under control, our economy will continue to weaken and we will be hit with rising inflation.

This spring, the $152 billion stimulus bill was wasted money. It should have been invested in science, technology, energy, infrastructure and pro-jobs, pro-savings tax cuts.

I had a conversation over lunch with coworkers where we all agreed (and the spectrum of political leanings were all present) that this “rescue bill” should have put in place incentives for those of us who were financially responsible and have mortgages within our reach and credit spending that is controlled. Mr. Gingrich goes on to talk about the most underplayed portion of the “rescue bill” in the main stream media:

To give you a sense of how failed the current strategy has been, consider this: This summer a $300 billion housing bailout was passed with a $500 million a year payment to a radical, anti-free market group called ACORN and other left-wing organizing groups. ACORN is a left-wing, political extortion racket. It’s currently busy bussing people to vote early in Ohio and elsewhere – these are your tax dollars at work. You get taxed to send a left-wing group money to use to elect left-wing predatory politicians to raise your taxes to give more money to groups who help them get elected, etc.