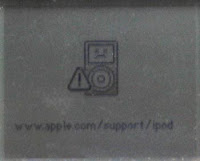 As mentioned before (in passing), competition is coming out for the iPhone in a form that might be more broadly appealing. Now “the Woz” has a few choice thoughts on the iPod and the iPhone. GorT has long held, that while some of the Apple technology is excellent, their persistent adherence to the proprietary and/or limited access nature of them are prohibitive for truly expansive growth. Google’s Android might be an iPhone killer. I tend to agree with Wozniak’s brief view here: iPods do seem to be in a glut, I have an older one that I hardly use. There is a next wave of these devices coming. A broader range of applications and services and more integrations with other location-based services.