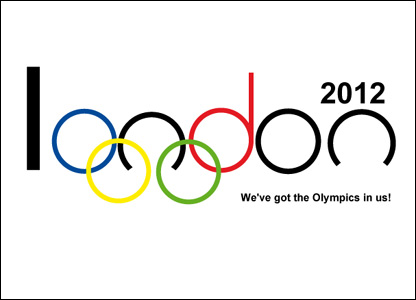 Baseball and softball are the first two sports dropped from the Olympics since, like, 1936, and they’re keeping trampoline?! Could it be anti-Americanism? Sí. Ja. Oui.

Speaking of anti-Americanism, the Gormogons would like to thank the iconoclastic Britons at America in the World very much from the bottom of our red, white, and blue hearts. The port and a toast to the Treaty of Ghent are on us.

No, that’s not the real London Olympic logo, which is an abomination against God, man, Jesse Owens, Johnny Weissmuller, Paavo Nurmi, and the whole freakin’ Kalenjin tribe. It’s something someone whipped up for a BBC “bet you can do better” contest. And, yep, it’s better.