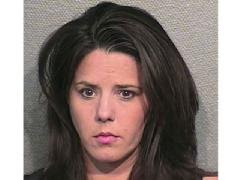 In what is likely to be a recurring theme, ‘Puter’s going to take a look at wrongdoers in the world’s second oldest profession: teaching.

We all know by now that ‘Puter hates hisself the teachers’ unions because they protect incompetents and discourage innovation and improvement. To fend off the inevitable “‘Puter hates children! He’s a hater! He’s eeeevil!” barrage of e-mails from summer vacationing National Education Association and American Federation of Teachers members, I offer the following preface to this series.

‘Puter says to the teachers’ unions, don’t change the subject. Criticisms of you are not criticisms of individual teachers or thinly veiled hatred of children. Grow up. Let’s discuss the facts.

Unions exist for one purpose: to benefit their members. Children are not members of teachers’ unions. To the extent that teachers’ unions acts or omissions benefit children’s education, that is a happy coincidence, not the intended result of the unions’ activities. Teachers’ unions promote myriad agendas that have zero impact on the children’s educational environment (but increase their power and pay), such as tenure, increased health care benefits, pension increases, byzantine procedural due process requirements before termination, etc. Oh, and also those education specific issues like abortion rights, illegal alien rights and gay rights. Unions oppose voucher programs that promote educational opportunities for the poor, as well as parents freely choosing to home school their children.

Teachers unions’ are fundamentally undemocratic. The NEA supports taking away workers’ rights to a secret ballot when choosing whether or not to unionize a workplace, subjecting workers to potential retaliation and intimidation by union activists. Most school districts are closed shops, meaning you can’t teach in a school district without paying union dues, regardless of whether or not you wish to be a member.

So, teachers’ unions are undemocratic, support controversial causes unrelated to education and care primarily for teachers and not students. All that said, ‘Puter loves hisself good teachers and supports paying good teachers well and protecting them from unfair interference from parents, administration and school boards. Bad teachers should burn in Hell, along with the unions that defend them.

Anyhoo, back to the main point of this post, great moments in teaching. Meet Laurie Ann Lewis, a theater teacher and student council moderator at Cleveland High School in Texas. During her summer vacation to make ends meet (no pun intended), Ms. Lewis took on a part time job. Unfortunately for her, the local police department took a dim view of her chosen summer job, prostitution. Ms. Lewis has been arrested, and thanks to the union protections, is now on paid administrative leave pending resolution of her case.

Look for the union label. Part time hookers do.