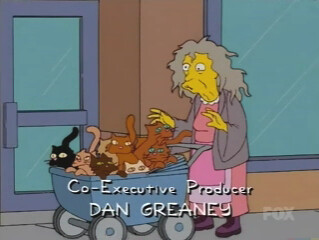 ‘Puter’s fortunate enough to have an office (ground floor) with a window that looks out onto a parking lot. As ‘Puter works in a building shared with a debt-collection agency, ‘Puter gets to see some wacky stuff.

Today, there is a lady on her cell phone outside his window, weeping, and dabbing her overly-made up eyes with a tissue. Best part? The lady has wrapped herself in a Spiderman fleece throw.

I am also regularly treated to seeing a gentleman who actually drives a vehicle with an “I [heart] My Wife” bumper sticker. Hey, buddy. Maybe if you drive that car long enough, you’ll start to believe you love your wife, and your wife will give you your cojones back.

There has been a naked women in the communal ladies’ room applying her makeup. Also, we’ve discovered used pregnancy tests (positive, of course) left on the restroom counter. It’s a pleasant discussion to have with one’s landlord, trust ‘Puter. “Uhh, Landlord? Do you think you might be able to keep the sluts working next door out of the restrooms, please? Or at least make them clean up after themselves.”