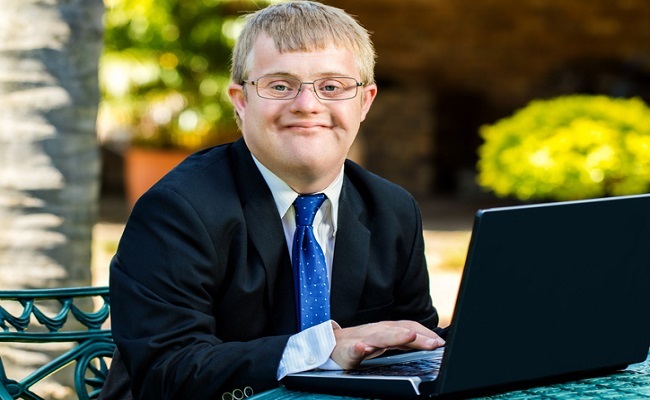 Not welcome in Iceland. Can you imagine?

What’s interesting to the Czar is not that Iceland is dumb enough to think it has medically reduced the occurrence of Down Syndrome, but that the rest of the world didn’t lose its collective mind over that ghastly admission.

Iceland’s “cure” for Down Syndrome is aborting babies who test postive for the syndrome. One presumes Iceland can cure cancer and the common cold exactly the same way.

The folks who need to find euphemisms for killing babies prior to birth* have a different take on this. They say that abortion of Down Syndrome babies has had a positive effect on reducing the costs of health support systems, stress on parents, and since Down Syndrome is incurable—under the assumption it’s some fundamental disease and not a defect—it’s ultimately to the benefit of society overall.

This is, of course, an argument for eugenics. Just about everybody cringes at that term, but the idea of stopping lifelong problems before birth or before progenation is basically that. Margaret Sanger’s whole idea of elective abortion was, in her word, eugenic. Of course, Sanger advocated it for all sorts of lifelong problems, particularly as a solution for black poverty.

Whether you call it eugenics or not, the idea here is pretty simple: by terminating the lives of Down Syndrome children, you’re stopping it cold.

For example, the theory goes that if a genetic defect at birth causes a form of painful blindness as an adult, you can eliminate—in only a generation or two—that defect by aborting or sterilizing those who carry the gene. That theory, by the way, is eugenics. And since Iceland has claimed success in dramatic reduction of Down Syndrome children within one or two generations, you don’t need to know Icelandic to know what to call that.

Approximately 50% of Down Syndrome women are infertile; the percentage of infertile males is unknown, although it’s not 100%. Indeed, there’s no solid research done on whether a Down Syndrome parent, or pair of parents, produce kids with Down Syndrome. In any case, the numbers of Down Syndrome adults who have children is exceedingly small. In fact, there’s no practical number there at all. Maybe that makes the math easier for some folks; for the Czar, it makes it much tougher.

So what Iceland is doing—when you read the above two paragraphs—is exterminating a group of people for no proven medical or sociological benefit. They just don’t want them around. There’s a word for that in Icelandic: þjóðarmorð. In English, it’s called genocide.

Even if you were one of the last few people who believe in the absolutism of eugenics, you should be properly horrified by what Iceland is doing. There is no theory of eugenics, whether basic health prevention measure or outright master race supremacy, that defends the wholesale abortion of children with Down Syndrome.

And if it does, why not abort all kids whose families have a history of cancer? Or Alzheimer’s? Or diabetes?

And if it’s to eliminate the societal problems and challenges for children and their families, why not extend that logic to homosexuality? It’s not a genetic disorder, either, and those born “hard-wired” in this state certainly face challenges and obstacles in life, as do their families. Actually, this is also true for those born of non-Icelandic races, too.

The point, which you have clearly seen hammered home by now, is that you don’t have to twist or bend Iceland’s Down Syndrome announcement to make it synomymous with genocide. It’s barely a nudge to the side. The only way to deny the logical extension is to close your eyes and pretend it isn’t there.

And that should scare the hell out of everybody.

Iceland should be ashamed of this, and they have a choice: they can either regret this, the way Germany views its genocide, or deny it the way Turkey does. The Czar bets they choose the latter not just because it’s better for tourism, but by eliminating any chance of a native Icelander meeting someone with Down Syndrome, they’ll never observe that people with Down Syndrome aren’t a whole lot different than those without it. Icelanders may never realize that by trying to make the Down Syndrome problem go away, they became the problem.

*Without all these euphemisms, these folks are forced to confront what they actually do to human lives. Most normal people, when abortion is explained to them simply and clearly, start to lean pro-life really fast. The Czar does not use phrases like pro-choice for that reason, since these euphemisms deliberately conceal the truth.