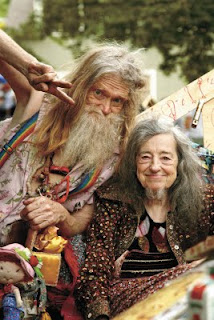 Hillary and Bill Clinton prematurely celebrate her election to the presidency, November 8, 2016.

The shock of Donald Trump chucking Hillary “The Sure Thing” Clinton aside like a no-longer-hot-soon-to-be-ex-wife is partly to blame, sure. But ‘Puter’s got a niggling feeling there’s more to liberals’ existential fury than Hillary’s unexpected loss.

‘Puter’s got a sneaking suspicion liberals fear the country isn’t what they always assumed it was. Here are a few articles of liberal faith Trump’s election ABSOLUTELY DESTROYED!!1!1!! (as our Leftist friends on Facebook often say):

Liberals are shocked not because Hillary lost. Liberals are shocked because their belief system died before their eyes. Liberals watched in disbelief on Tuesday night November 8, 2016 as Trump and American voters proved their god a false god, their world make-believe, their most deeply held beliefs falsehoods.

Liberals had a choice to make election night and liberals chose poorly. Liberals continue to deny reality, continue to believe their discredited beliefs, and continue to worship their ersatz god politic.