It’s basically grilling season at last—although here in Muscovy the weather remains detrimental to good grilling. However, this delay shall be measured in days and the Czar, naturally, is quite excited. 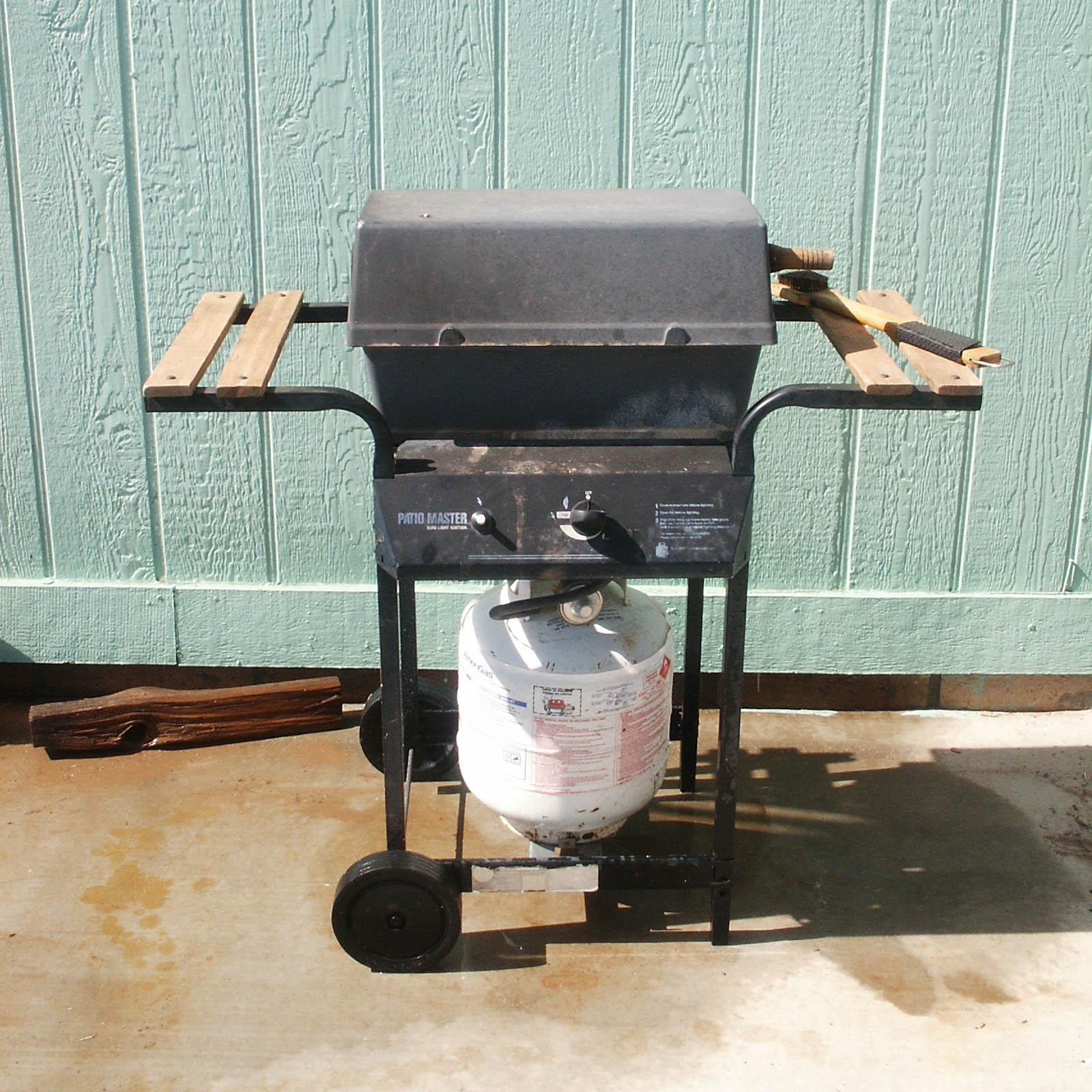 No. Too small, with no ability to create a safe zone.

As grilling season kicks off, the Czar wants to remind you about a few grilling basics. If you haven’t read our long-running series on outdoor cooking basics, that a moment to do so, especially with advice on cleaning your grille and basic cooking safety practices, the pros and cons of different grills, and other cool things you can do with your grill.

In the last few months, the Czar has gotten a lot of questions from friends, neighbors, and people who lived long enough to talk regarding what type of grill to buy. Evidently, a lot must be falling to pieces right now, and while the Czar will not endorse a particular grill, he certainly has thoughts.

There’s no doubt that a good gas grill is a great investment, but prices vary and for good reasons.
Low-priced gas grills are generally pieces of junk. You know that $150 no-name-brand special you get in the seasonal wasteland aisle at the local discount grocery store? Yep, that’s the one. You might want to save up some more money—generally, these will prove difficult to assemble with ill-fitting parts, will be nearly impossible to clean properly, and are certain to rust apart in two years or less. And remember that a grill made with ill-fitting parts isn’t just a nuisance to assemble—they can impede your cooking by letting too much heat out (resulting in longer cooking times) or too much oxygen in (resulting in scorched food that is raw in the middle). You really owe it to yourself to save up.

No. Too large, with too many elements that will never prove cost-effective. You’ll spend a fortune on gas.

Many home improvement stores offer a range of low-to-mid-priced grills, but not all of these are desirable, either. The Czar finds these cook nicely, are easy to assemble and clean, and store easily. Unfortunately, they just don’t last: the firepit rusts out, and replacement parts often approach the price of a new grill. After spending $200 – $300 every four years, the Czar realized he was wasting money and simply got himself a $600 grill that meets every requirement he needs.

Of course, with gas, you can get even more expensive. And let us tell you, it isn’t worth it. Here are the facts:

The Czar has also scoffed at the hideously priced $800 – $4,000 units as well. Some of these are really sweet appliances with massive cooking surfaces and neat features. But to be realistic, they grill no better than cheaper grills. The Czar has no problems with people who entertain a lot needing a grill that can cook twenty steaks at once, but if you’re just a backyard guy or girl who does the weekends right, save your money.

Char-Broil makes a $500 grill that’s 40,000 BTUs and has a 400 square inch primary cooking area. For $100 more, you can get a Weber grille that produces just as much heat with a 507-square-inch cooking area. This means you can more food for the same amount of gas usage.

You see where we are going. Don’t always look at price: make sure the grill has at least three burners, at least 35,000 BTUs, and at least 400 square inches of cooking area.

If you have choices above all that you can afford, go for it… but remember when comparing any two models that you look at the BTU output as well as the primary cooking surface.

The Czar’s own gas grill? A Weber Genesis E-310 in black (cheaper than stainless) because of Weber’s ability to resist rust.

Sadly, there’s not a lot of choice here: if you want one that will last forever, get a Weber (ideally, the one that’s 22″ across). The Kettle, Master-Touch, and Performer are all equally good.

Is any other picture necessary?

You may not have that option, and that’s okay. There’s a lot you can do with even a tiny tailgate party grill just by following smart grilling practices like cleaning it and lubricating the grille before cooking.

One other thing you can do to extended the life and power of your charcoal grill is by cleaning the ash out of it when it’s cool enough to do so. Charcoal ash is bad in three ways: first, a layer of ash on the inside of the grill body insulates the grill so that it robs you of heat. Second, ash absorbs heat, which further reduces its cooking potential. And third—especially third—cool ash traps water vapor. As a result, a dirty, ashy grill will rust faster than a clean one. A grill that’s cleaned out of excess ash (it doesn’t have to be perfect) after each use will very possible last decades. The Czar’s own Weber Kettle is from the 1970s and is in excellent condition with no rust, inside or out.

If possible, bring your grill inside during the rough weather months. A grill cover is a big help, but a grill sitting in damp conditions or under snow or ice will not last as long as one protected well from severe elements.

What if you took the complexity and malarkey and misdirection of gas grills and applied it charcoal grills? Well, someone did! The world of smokers is every bit as stupid and confusing as gas grills. Of course, we can simplify things.

Be cautious when buying a smoker. Because BTUs aren’t as much a concern (you should be smoking over low heat anyway), you can relax on some of the math. But pay attention to:

Just remember to plan what wood you want to use, what preparation your food requires, and how well you control the temperature and that’s really all you need. So much so, the Czar will let you in on a mighty secret: you can smoke on a charcoal grill. In fact, half the time, the Czar uses his Weber kettle grill and lets the water smoker sleep happily in ignorance.

Want another secret? The Czar has made completely authentic pulled pork using a gas grill. Yep: make a smoker pouch out of aluminum foil, put the wood in it, place the pouch in one end burner and keep the temperature at 225° for a few hours. The gas grill will sip gas very slowly, produce a lot of smoke, and give you a smoked food that will impress even a smoking snob. This is no shortcut, either: you can do ribs, fish, brisket, or anything you want, with completely awesome results. The Czar has done this when visiting friends, because just about any gas grill can be quickly converted to a smoker and then flipped back when done.

Or Get All Three
Okay, this part is true, too: the Czar owns one of each type of grill. For speed and precision, nothing beats a gas grill. The Czar can produce a gourmet meal with delicately grilled foods in 20 minutes with a gas grill.

But sometimes, you need that charcoal taste. There’s just something about the smell of the coals, and the sound of the fats sizzling into them, that just gets you. The taste of charcoal (without lighter fluid and with a lump of cherry or oak or both) imparts a heartiness to the meal.

And you know, on a beautiful Sunday morning, chucking on some ribs on a smoker is a treat for the eyes, nose, and ears. Watching clouds of hickory or cherry pour out of the smoker and the sweet smell of rub infusing into the meat is a perfect way to celebrate summer.

While it may mean more cleaning, the Czar will—two or three times a year—get all three going at once. Chicken grilling over charcoal, with hot dogs, hot wings, ribs, and catfish going on the smoker, while vegetables soften to perfection on a gas grill…not a bad way to host a party.

Just buy smart. It doesn’t take much to be a smart shopper when it comes to any of these three.