With Boston buried under thirty-feet of snow and volcanic ash, and New York not far behind, the Czar has already spotted the increasingly useless media interrupting soft-promos for shows on their respective networks and Democratic-party talking points with bizarre attempts to be helpful. 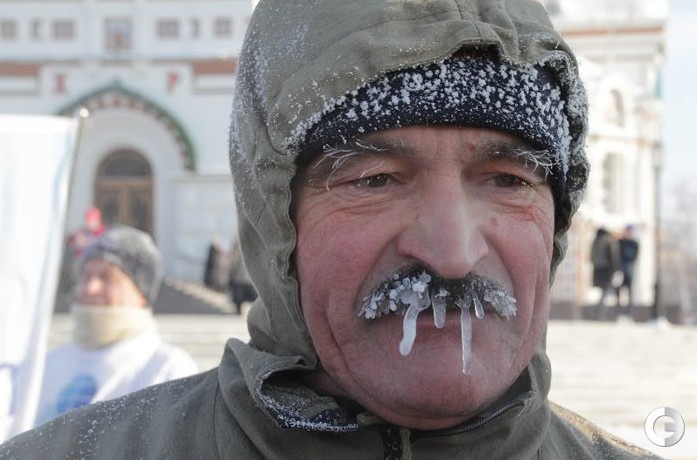 The media want you to know that they are pathetic little babies who can’t survive for very long outside an air-conditioned, well-lit studio.

How about the Czar beats them to the punch? And believe us, we’d very much like to punch them. Yes, the Czar has actually seen these recommendations on the main stream media.

Dress warmly. Most people exposed to the cold find that warm clothing seems to mitigate the cold though some non-intuitive, slightly magical process.

Drink plenty of fluids. Nearly all cold fatalities are caused by total dehydration, and not some obvious form of exposure.

Be careful of ice. Media types are amazed that ice seems to increase the local gravity in the area and encourage people to fall down.

Limit your time outside. This is astonishingly good advice from your media betters. Being outdoors is one of the leading causes of exposure.

Watch your extremities! Media types have recently discovered that gloves are good at protecting your finger tips. And for goodness sake, don’t wear open toed sandals outside.

Dress in layers. Consider a pasta layer, followed by a soup layer, and even a nice mulch to finish. Add butter for a nice finish.

If you become stranded and elect to stay in your car, do not leave it. Yes, the Czar spotted this obvious piece of binary realization. If you don’t leave your car, stay in it. Alternatively, if you elect to leave your car, feel free to exit it. Apparently Schrödinger disagrees.