Any time you start with a serious attempt at reform, somebody comes along and hijacks it toward Leftism.

What, you think Progressives started with this guy? Not even close.

Oh yeah, you can name a whole bunch of things today. Like Ferguson: a few folks get together to hold a candlelight vigil and ask some serious (but ill-informed) questions, and soon the Leftists show up to hurt people and set fire to looted businesses.

But this has been going on longer than you might realize: at least to the French revolution, when a bunch of sans-cullottes were feeling oppressed, got some middle-class backers to organize them together, and soon pow: the Jacobins show up, take over the effort, and shortly thereafter start lopping off heads in the name of reform.

Why, it almost happened to the Republicans. No, you’re thinking the 1920s, but the Czar is older than that.

In the 1880s, of course, the Republicans had just triumphed over the forces of slavery and were looking for their Next Big Project. One group, the Half-Breeds (led by Senator James G. Blaine), wanted to go after the civil service sector, which many felt were a bunch of corrupt jerks appointed for political purposes. Sound familiar? Anyway, the Stalwarts rose in opposition of this, led by Roscoe Conkling, who sought to crush the Half-Breeds. Conkling was a strong, vocal proponent of temperance and was an anti-tobacco progressive. Not surprisingly, his group liked the idea of the spoils system, and found himself opposing every Republican president elected thereafter.

We don’t stop here. You know, the woman’s suffrage movement was initially a Republican idea, supported by the assumption that the 14th Amendment made gender discrimination in voting illegal. Democrats hated it. Soon, the movement was taken over by temperance supporters who…you guessed it…were Republicans who ceded power to Democrats.

Then we get to the 1900s, with libertarian-leaning upper middle class folks looking to put some reasonable safeguards against modernization. As their groups got bigger, they were taken over by the Addams, Sangers, and Deweys—who out-shouted the Republicans and took over the party.

The problem was that, for the most part, this was also happening to the Democrats. Once, things used to be simpler—Democrats supported slavery, corruption, and xenophobia. But they too found themselves inundated with progressive reformers demanding direct election of Senators, social controls, and welfare. It got so weird that Democrats, who in the 1880s were trying to reduce the size of government, decrease taxes, and modernizing the military, were finding their 1900s-era candidates replaced by people like William Randolph Hearst, John Nance Garner, and Woodrow Wilson, who espoused strong progressive views.

And so the Progressives intended to take over by 1920: they had a 67% chance of doing so, having Wilson and the now completely absorbed Roosevelt running against Taft. Was Teddy a Progressive? Absolutely: he didn’t start out that way, of course, but he was suckered into the movement and willingly accepted it because, like many Roosevelts, he had a paper-thin intellect backing up his personal charisma.

The problem for American Progressives is that Americans were smart enough to see through the charade, and began tiring of him quickly in his second term. Republicans were re-elected; thanks to Roosevelt’s Bull Moose Party, Republican Progressives left the party. These loyal folks were eventually absorbed into the Democrats, and that proved a major problem for Progressivism: Democrats had evolved into liberals, and now were trying to absorb Progressives at the same time.

Here you have the modern Democrat. The monstrous, ugly body is sewn together from various pieces of liberal corpses, but the abnormal brain is all Progressive.

What you have is unsteady Frankenstein’s monster of liberal attitudes (“hey man, whatever”) forced to work with Progressive master race fascism (“…as long as it’s my way.”) This is inherently unsustainable, and while liberals out number progressives, progressives control virtually every aspect of liberals’ lives.

So where do liberals come from?

One would be forgiven for assuming liberals have always been with us. In a neutral sense, that’s true. Heck, without question, the Founding Fathers were liberals. Indeed, many conservatives openly refer to the Founding Fathers as Classical Liberals: that individual freedom must champion the claims of any organization.

When the word “liberal” was co-opted by Social Liberals in the late 19th Century, the term “libertarian” was sometimes used to clarify whether one was a social liberal or a classical liberal. Social liberals, indeed, believe that the community has a responsibility greater than the individual. That sounds nice, and maybe it started that way as an off-shoot of protestant evangelism, but ultimately it began to champion ideas like welfare, housing, education, and health care.

You need not have much imagination to see how innocent attempts at helping others (“we should totally teach these farmers’ kids to read”) is an invitation to Progressive control (“they need to start standardizing syllabi and learning specific topics so kids can be equally smart”).

But prior to that happening in the 1900s, we need to go back to something that happened in Europe. In the mid-19th Century, long before we had Half-Breeds, Mugwumps, and Stalwarts, we had European aristocracy.

In the old days, in the Czar’s day, aristocracies were easy to manage. If you were related to the king, you didn’t need to work. Everything was provided for you until the day you die—which was generally ten minutes after the king was deposed or shortened by eight inches from the top.

However, by the 1800s, kings and queens and emperors were living to relatively ripe old ages. Dukes had little Dukelings, Earls had Earlingtons, Barons had Baronies, and so on. And then their kids had kids, and so on and so on. By the 1840s, you could basically stock and entire city with aristocrats who worked little if at all, slept late, and partied like it was 1899. All on the taxpayers’ dime. 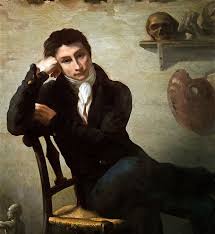 “I am bored today with my own existence. I hope a cheque from the Ministry arrives today, so that I may vomit out my fatigue in the form of wormwood alcohol.”—a Hippie, circa 1850

As the European aristocratic model proved economically unworkable (thank God the Americans decided to go with a President, not a King), the problem with supporting a bunch of low-life upper-class was inarguable. Various attempts to gently reform the aristocracies failed. Soon, it became mandatory to just cut off their cash flow entirely.

This led to them wandering all over the place, in obvious outrage, living off whatever little they had saved, or creating fictitious jobs like “poet.” Because they lived like gypsies, it was believed, and because gypsies came from somewhere over there, they were called Bohemians.

Bohemians weren’t direct off-shoots from European nobility—the Czar remembers executing a bunch of people called “bards” in the 1300s, for example—but the aristocracy soon infected them (especially in Western Europe). People whose dad was a Viscount twenty years ago were now hanging out in coffee shops, smoking opium, and begging. And they voted, often for social welfare programs. Naturally, they were much interested in social liberalism, since it basically offered them a way to get rewarded for doing almost nothing.

As they came to the United States in the 1850s and later, they quickly de-evolved into liberals as we know them: versed in lore and myth, convinced society owes them something, and arrested in adolescence.

And as you know, it takes very little to whip a bunch of high school freshmen into a gang. It took the Nazis and Communists very little. It took Progressives even less effort: heck, they got Republicans and Democrats to support their efforts for a while. But unlike the Nazis and Fascists and Communists, American Progressives were smart enough to change to wording around. Social liberals were now liberals. Jacobins were now Progressives. Statism was the New Deal and the Great Society.

But ultimately, liberals and Progressives do not see eye-to-eye. Nor should they: Progressives see themselves as something much higher, and certainly much smarter than liberals. And now we will see this play out well in the coming year when Hillary Clinton, a Progressive, takes on Elizabeth Warren, a liberal.

This history should explain a lot for you.