GorT normally covers kids playing sports—and trust your Czar on this one, but he has a cannon ready to fire on that—but the Czar quite by chance found himself attending a regional volleyball tournament over the weekend. No, the Czar was not participating as this tournament was basically all teenage girls playing; he was there purely in the capacity of a dirty old man.

The Czar was told that this makes the games go much faster. Yeah, we can see that: the score goes up to 25 points for the first two rounds, so if the final score was 25-22, the Czar can assure you the ball was served exactly 47 times that game. Everything results in a point for somebody. 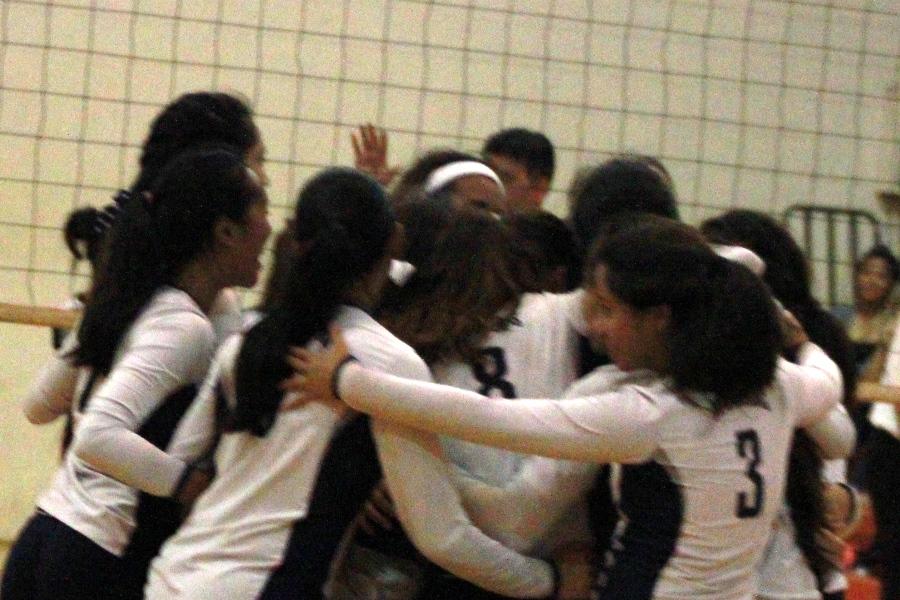 This happens about five times a minute, no matter how non-critical the play was.

And we have complained about this before on this site numerous times, but everything also results in the girls going “Yaaayyyy!” cartoonishly and racing toward the center of their side of the net to group hug. Score a point? Yaaayyy-hug. Other team knocks the ball into the crowd? Yaaayyy-hug. Team calls a time out? Yaaayyy-hug. Judge falls off his step ladder? Yaaayyy-hug. No kidding.

After the 400th-or-so eyeroll from the Czar, one of the team moms turned and apologized, admitting it gets to be a little much, especially during a tournament when the girls play something like 37 games in a row. But it has a purpose, she whispered.

Evidently—and this will be of little surprise—teenage girls basically all hate each other. And years ago, the coaches realized that if Lanie had a bad dream that Lexi was drawing hearts around Tom’s name, and everyone knows that Tom is going out with Amanda, although Lanie would totally take Tom away from Amanda if Amanda moved away tomorrow, that over-biting b-word, Lanie would deliberately not back up Lexi on the next eight games. Which of course would force Delaney to serve the ball into the back of Lanie’s head because Caitlin sighed at Lexi because Amanda isn’t that nice. And so the team loses.

But if you force the girls to Yaaayyy-hug after every single freaking thing that happens, roughly once every twenty seconds, something magical happens. Eventually, the entire team pretends to like each other and support each other, and soon everyone is playing like clockwork because they don’t want to be excluded from the Yaaayyy-hug, no matter how badly they screwed it up. It’s a lot like how the Obama administration functions.

‘Puter likes soccer more than any American should, but the Czar invites ‘Puter to give girls’ volleyball a much closer look.

So they do this a lot. The Czar means a lot. And the tournament had forty courts of volleyball playing, so all you can hear is Yaaayyys and whistles blowing, like some insanely self-indulgent Carnivale minus steel drums.

And if the serving team scored right off the serve (an “ace”), the girls on the serving team all get together and do this foot-stompy dance like some bubblegum haka dance while the receiving team yaaayyy-hugs the girl who totally screwed up. This is very surreal.

In between the yaaayyy-hugs and the ka mate aces, the entire event is like some bizarre-world television show that you cannot stop watching. Yaaayyys, hugs, haka dances, whistles blowing, and shoving spoonfuls of fried rice into your mouth. The team mom leaned in and said &#147:You get used to it,” with no sense of irony.

The Czar, who did not know her, asked how and when this happens. Sensing our disbelief, she explained that other sports do it, too. Like football.

This isn’t an official GSA award, but it is a real one. And we can assure you, Cub Scouts doesn’t have this.

Really? So when Roethlisberger hands the ball off to Blount, and Blount gets creamed running right up the middle for a gain of two yards, the Steelers rush together, say “Yaaayyy” and jump into a group hug, and the Ravens get a point for stopping them? And then, after a field goal, the Steelers clap hands thrice, stomp their feet twice, and point their fingers skyward and say “Ace!” We seem to have missed that.

The Czar knows when volleyball got this nuts. And GorT will have a more detailed explanation in the days to follow about how girls’ volleyball has become a cut-throat, political pressure cooker, but this all happened right around the same time that the Girl Scouts started giving out patches for having a birthday. So you know, the girls don’t all start hating each other.