↓
Home→'Puter→A Poverty of Culture Or A Culture Of Poverty? 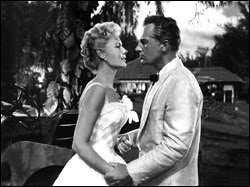 ‘Puter’s been having a difficult time hearing himself think, what with all the Left’s whining about income inequality. This morning, on his pre-dawn walk, ‘Puter had some time to think about why income inequality exists, and what, if anything, can be done to remedy it.

As an initial matter, ‘Puter sees nothing wrong with income inequality, so long as that inequality exists as a result of fair, voluntary business transactions. ‘Puter has no beef with Wall Streeters earning crazy wages and bonuses, as these are voluntarily paid by their employers/customers, who value their worth at that level. Similarly, you won’t hear ‘Puter kvetching about the insane sums of money Hollywood stars make for looking pretty and parroting lines others have written for them. Americans have determined that they want Hollywood’s product, and are willing to pay for it. Income inequality in America is primarily a reflection of merit as determined by market forces.

Any solution to income inequality must, therefore, necessarily limit the voluntary nature of market based assessments of value. Even assuming income inequality is a problem to be remedied, a cure based on hamstringing market determinations is worse than the disease itself.

‘Puter, cockeyed optimist that he is, believes that the American Dream is still alive and well, provided you are willing to work for it, and work hard. And that’s the problem. America is increasingly dividing into two camps, and not necessarily along party lines. The first camp believes the individual is primarily responsible for himself and his well-being. The second camp believes the government is primarily responsible for himself and his well-being. Interestingly, a person may be in one camp for certain purposes, but in the other for different issues. This dichotomy causes much of our strife.

‘Puter argues that the first camp, the self-reliant camp, is more in keeping with core American values, Framers’ Intent and classic Western liberalism. We are the authors of our destiny, and have no one to blame but ourselves when we fail. The second camp, the dependency camp, lines up nicely with EU-style cradle to grave government welfare. We surrender much of our liberty to the government so that we may never want. Sure, we’ll never get rich, but we’ll be comfortable and no one will get rich and make us jealous, either.

The Wall Street scions generally fall into the first camp. They take outsized risks, work crazy hours, possess high educations and earn insane dollars. They are rewarded for the risks they take. But in the 2008 Crisis, Wall Street genii sang a different tune. Save us, O Great and Wise Government! Save us from the consequences of our actions! After all, we were only doing what you wanted (and making a metric buttload of money doing so)! So ‘Puter has a difficult time believing their outrage at outsized government spending on social benefit programs.

The Occupy Wall Street moronocrats generally fall into the second camp. They do what they’re told and expect to be taken care of by the government for so doing. For example, witness the plethora of precious snowflakes sleeping in their hoar-frosted feces in the streets of Manhattan. This braintrust expects jobs based on nothing more than their seven-year associates degrees in Oppressed People Studies awarded by the Bangor Upstairs College of Podiatry. They played by the rules they thought were in effect, and now everyone else owes them. And, like the Greeks, these useful idiots are more than willing to burn the system down to get what they think they’ve got coming. But grant the OWSers an associate professorship in asshattery at Miskatonic University of Yachting and Cosmetology and they transform. Then, they’re most pleased to lord their supremacy over the less-credentialed masses. But they’ll still pay lip service to their general inclination: no person should ever have to suffer the unmitigated consequences of his piss-poor decisions, regardless of cost to society and government.

The belief system of the second camp mandates dependency, and based on our American history, we can confidently state that adult dependency produces nothing except hopelessness and squalor. And, of course, more dependents.

The mindset of this camp is not that they are somehow dependent on government (though, of course, they are), but rather that they are entitled to special treatment. ‘Puter believes this to be the direct result of generations of welfare programs and 40 years of telling every public school student that they are special and precious just because they exist. The severing of reward from merit has created and/or maintained a permanent underclass.

‘Puter’s not certain how this fits into this post, but he’s made the following observations about folks in the dependency camp.

1. Education is not valued among the poor. If you can collect benefits for simply existing and having more kids, guess what? You’re going to have folks who exist to have more kids. You don’t need an education to breed like an animal. It’s hardwired in all of us, even the most minimally functional among us.

2. Family is not valued among both rich and poor. Among the poor, sure, spitting out kids is valued, because that’s how you increase your “salary,” but that’s not family. Because your benefits are chopped if your kids’ father sticks around to tend the crop he planted, nominal “mothers” are encouraged to breed and leave a succession of “fathers.” Ultimately, the applicable government welfare regulatory code is the only family structure these people know.

The rich campers don’t value family because there’s really no use. The government will provide for you in your dotage, and kids are messy, smelly and ruin our careers. Why on earth would you have kids? Certainly, many rich have kids. But look around. How many of the rich campers actually care for their kids? Mostly, these folks treat them as a fashion accessory or a monument to self.

3. Respect for society is not valued by either rich or poor. The rich don’t care because taxation has no impact on their standard of living. See, e.g., Warren Buffet, Bill Gates, Estate of Steve Jobs. Further, they can use their ample funds to avoid contact with all the unpleasant natural consequences of their beliefs. See, e.g., gated communities, doormen, private schools, medical tourism, etc. Therefore, the rich can advocate and impose dependency producing government policies without worry.

For the poor, they don’t respect society, and why should they? The checks keep coming no matter what they do. Get arrested? No problem. Grandma will take the kids, and the funds keep coming. Smoke crack and beat your children? No problem. Pretend to go through rehab, and you can get the kids and their payment stream back. Additionally, they don’t contribute a dime to the state, they only reap its benefits, albeit benefits wrapped in golden chains. So why should they care? They don’t.

To bring this overly-long post full circle to its title, ‘Puter believes there is an identifiable cultural belief system that correlates almost perfectly with poverty. Interestingly, a subset of this cultural belief system’s adherents are not poor, but powerful enough to perpetuate the system without cost to themselves. In order to win the so-called War On Poverty (which oddly perpetuates the culture that creates intractable poverty), we must destroy the validity of the culture’s assumptions.

And that’s where policy makers and pundits far smarter than ‘Puter should focus their efforts if they want to fix this country. It will be a long process, and a difficult one. Victory is not a sure thing. But the battle is upon us, and we must wage it, or be doomed to living in a lifeless, dystopian country where the government is our one true god.

Anyhoo, that’s what’s been banging around in ‘Puter’s thinky-parts these past few days. ‘Puter apologizes for his inartful writing, but not for his belief in the supremacy of a society based on free will, meritocracy and personal responsibility.