↓
Home→Gubbamint→More from the Obama Amateur Hour 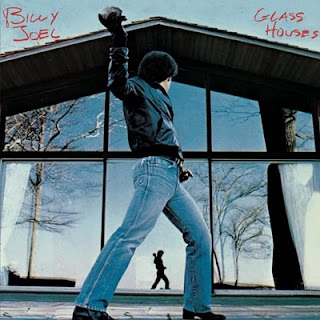 It’s amazing how different perception and reality can be.  Many of us (and maybe not enough) are aware of the recent reports coming out from the Bureau of Labor Statistics.  Let’s start with the basic numbers.  There are roughly 284,000 employees of the federal government in the Washington, D.C. metropolitan area – an increase of 6% since 2000.  According to a 2005 Cato estimate, the average pay for a federal work is $106,000…almost TWICE as much as the average private sector worker and the annual increases (at that time) were equally growing at twice the rate for federal employees over private sector workers.  Keep in mind, dear reader, the outage over the bonuses and pay scales for private sector jobs in the financial, oil and other fields.  In a more recent study ont he BLS data, Mark Perry, professor of finance and economics at the School of Management of the University of Michigan found the following:

…state and local government employers spent an average of $39.83 per hour worked ($26.24 for wages and $13.60 for benefits) for total employee compensation in September 2009. Total employer compensation costs for private industry workers averaged $27.49 per hour ($19.45 for wages and $8.05 for benefits). In other words, government employees make 45% more on average than private sector employees.
According to another BLS report, compensation for private industry workers has increased by 6.9% between December 2006 and December 2009, compared to a 9.8% increase for government workers (state and local) over the same period.

Now some of these previous numbers don’t quite compare apples to apples, so a report that is getting a lot of attention inside the Beltway here in D.C. is a USA Today article that states:

Overall, federal workers earned an average salary of $67,691 in 2008 for occupations that exist both in government and the private sector, according to Bureau of Labor Statistics data. The average pay for the same mix of jobs in the private sector was $60,046 in 2008, the most recent data available.  These salary figures do not include the value of health, pension and other benefits, which averaged $40,785 per federal employee in 2008 vs. $9,882 per private worker, according to the Bureau of Economic Analysis.  STOP.  Read that again.  Federal employee benefits average over $40,000 as compared to almost $10,000 for a similar employee in the private sector.  Remember, these are federal workers who are paid by our tax dollars.  You don’t believe that?  Look at their health benefits and the fact that they have a pension program.  How many of us in the private sector have a pension program?

There are contracting activities underway at various government entities where the government is trying to impose rate caps on federal contractors.  This seems to be largely born from a perception that the contractors are overpaid when compared to federal workers.  While this could be true in some cases, this BLS data and associated analyses seem to contradict this.  This will not end well.  Federal contractors will begin to walk away from the work as they will not be able to support such rate restrictions.  The government will begin to realize that it needs the contracting work force and they will being to put the stones down and look for a good glass repair shop.