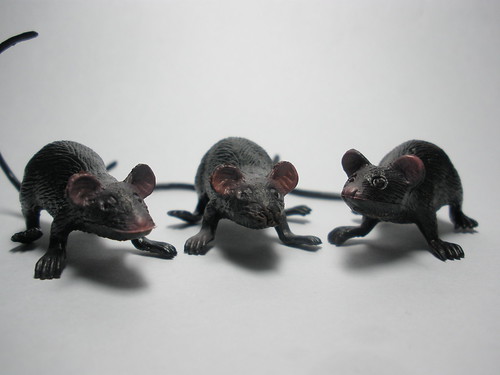 Today, they have been split up into various departments and even independent agencies of the government. But there was a time (1953-1979) when they were collectively known as the Department of Health, Education, and Welfare.

Although various presidents thought about such a department for various reasons (some in favor, some against), the department actually arrived under Eisenhower, who sought to reign in the social programs brought in by FDR and appoint a secretary who would be more loyal to the President than outside social influences.

This was a tall order. At one point, the massive Social Security Administration, including Medicare and Medicaid, were part of the HEW. The entire Department of Education lived here as well until 1979. The Food and Drug Administration, Center for Disease Control, and the National Institute of Health all called the HEW home; today, most of them are still part of Health and Human Services, along with the controversial Head Start program.

The Czar brings this up because Health, Education, and Welfare are, without doubt, the three pillars of progressivism.

You already know about welfare. From welfare payments to folks unable to work to food stamps, the welfare aspect covers the Progressive’s goal that Everyone has a right to Food and Pay. This includes social security.

A right to housing? Indeed an exception: Ike missed that one, but Johnson formalized it into the Department of Housing and Urban Development in 1965 as part of the Great Society. That was hardly his call: that actually originated under Truman as the Housing and Home Finance Agency, which itself was a carryover from an unimplemented plan of FDR.

And of course, now we are reminded on the eve of a dangerous vote that everyone has a right to Healthcare.

Why would the healthcare bill want to create a paramilitarized force of doctors reporting to the CDC? The CDC is part of HEW. Why is the bill looking to incorporate a welfare program like Medicaid, even though Medicaid is now technically a separate agency unfunded by HHS?

You may also note that many of the more bizarre aspects of the Obama administration and Clinton administration revolve around those agencies. Remember the weirdness with the Clinton era FDA going after tobacco? Promotion of RU-486? Or Obama’s FDA going after breakfast cereals for purporting to dispense medical advice? Michelle Obama’s pursuit of childhood obesity (an epidemic so lethal that journalists will kill to report anything on it)? A leftist president always results in a weird time at the FDA.

In fact, take some time and go through the dusty pages of history. Note all the odd behaviors of leftist presidents (take Wilson and come forward) around departments or agencies that have anything to do with Health, Education, and Welfare. Let us know what you find. One thing you will not find? A surprise.