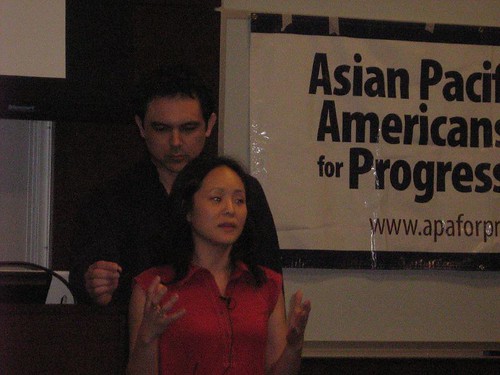 CNN is trying to stay relevent by commenting on the new Coffee Party. Read the article, and decide if CNN even attempts to define the Coffee Party as anything short of a stunt. No? That’s all right; the Czar didn’t find it either.

So evidently the Coffee Party is a liberal group that is absolutely opposed to the current way of doing things; which is of course, the liberal way of doing things. Anyway, the not-at-all manufactured group decided to hold its first, sparsely attended nationwide rally at…coffee shops! All around the country! Dozens attended!

Facebook membership, which is one way the mainstream media thinks it understands social trends because it can actually log on to it for free, puts the membership at a whopping 141,000. Compared to the millions of Americans who claim Tea Party association membership or at least allegiance to its principles, that number makes the Coffee Party almost pointless.

This particular comment is either naive or sinister, depending on your point of view:

Coffee Party founder Annabel Park, who worked as a volunteer for Barack Obama’s presidential campaign and Democratic Sen. Jim Webb of Virginia’s 2006 campaign, says the group is not “aligned” with any party and calls the two-party system out of date.

One wonders what else is on Ms. Park’s short-list of out-of-date concepts. Look, if you think a European three-plus-party system is better, you are totally naive. If you think it is time to move to a one-part system, you are sinister. Ms. Park? Your choice.

Either way, the Coffee Party comes off as—at best—a johnny-come-lately group looking to achieve some attention for the press. At worst, it looks like a way-too-late attempt by the liberals to cash in on the growing and rampant success of the Tea Party, a way to assure libs that they, too, can be trendy even though their activism is limited to sipping frappes at a Starbuck’s while abusing free wi-fi access.

Ms. Park states that the Tea Party movement does not represent America: but the Coffee Party does, as evidenced by the fact that the Coffee Party believes government has sold the average schmoe down the river and fails to represent the real out-of-work working man, and that big government has gone too far…or basically, everything that the Tea Party believes.

The sound you hear is the Czar’s massive eyes rolling counterclockwise.

Coffee Party members comment that they are pro-Obama, and pro-liberal, but they detest what has become of American politics…which the Czar believes would be the result of pro-Obama, pro-liberal government. Ms. Park, perhaps you would consider joining the Tea Party movement? You could still sit in your coffee shops and do nothing, but at least it would not cost you as much in flyers.

And to the MSM…this is one of those moments in which the Gormogons ask you to stop, think, and decide whether or not this story is in your best interest, or if you are being used to further someone else’s ends. Because it sure looks like you are being played, once again, for massive fools.