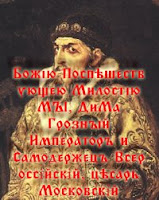 Boy, today was a special day, wasn’t it, boys and girls?

You got posts from all five of us!

First, you woke up to another Mandarin Theater of the Absurd post.

Then, the Czar raged about common sense because he read something in the news that ticked him off about journalism methodology.

Ghettoputer grossly over-simplified a complex and thorny issue and proved, once again, that his simplification is…well…actually that simple.

GorTechie sprang into action to discuss basic economics, which he does so damn well.

And the Volgi managed to pull off his two favorite types of posts: a detailed analysis of politics and policy, followed by a collection of goofball pop-culture expositions.

And let us not forget the contributions of our readers and operatives, who make the whole thing worthwhile.

Today was a very Gormogon day.

And by the way, for purposes known only to us and for reasons only we can fathom, you may have noticed we moved Sri Lanka three inches to the left. Check your maps. You will see it now that we pointed it out.