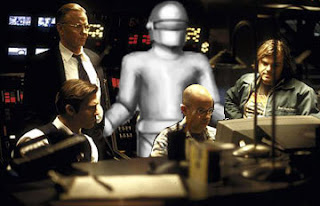 Remember all the hub-bub about the “illegal” wiretapping of international calls from or to people on terrorist watchlists?  You had things like this and this.  Since then the furor has died down and the Obama administration has actually defended and gone to bat in support of the NSA wiretapping program.  Of course, we’ve heard little outcry from those cited in the links above about impeaching Obama over this nor have we heard anything from the media about any outrage over the current administration’s support of the program.  Ok.  Well, now the Obama administration is taking it one step further.  The administration is pushing for warrantless tracking of cell phones here within the United States.  The basis of their argument is that cell phone users have no expectation of privacy given the means of transmission.  At least for the location of the cell phones.  It’s a small leap from no privacy about a cell phone’s location to the data (voice or otherwise) being included in the “no expectation of privacy” clause.

We’ve seen this in use in NCIS, Enemy of the State and other Hollywood productions.  This isn’t all Hollywood glitz and glamor – this is real and well within the capabilities of the cell phone providers and the government.  While exact positions are not usually persisted, rough locations (cells) are persisted for 6 months to a year depending on the individual provider for each mobile device’s use of the network.  And there are ways to trick the mobile device into using the network to secure such a record.

My argument isn’t for or against this practice but rather an observation of the media and previous opponents to this kind of practice by the government: where are they now?  What has changed such that this isn’t an outrage much like the aforementioned one regard the Bush administration’s efforts.  Those efforts were specific to foreign targets with possible ties to terrorist organizations.  The Obama administration’s efforts are less clear about the target and the rules of engagement.  Think about it.  If you don’t believe that there is a clear bias in the media and that many of the national outcrys against the Bush administration weren’t purely politically driven, then you might want to reconsider it now.