↓
Home→Taxes→Re: A Plan Worth Considering 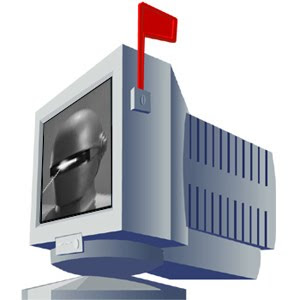 The Gormogon alert service is up and running as evidenced by the rapid feedback we received from Gormogon operative GD:

I agree that, overall, the tax plan needs a serious revision and I would support just about anything that makes it better than what we currently have. However, I think the FairTax (also in committee and fully detailed at http://www.fairtax.org) is a much better solution.

GD goes on to point out three main benefits of the Fair Tax proposal. First, it is a consumption-based tax levied at the point of sale. But the second two points are worth citing directly:

[Second,] The FairTax would jump start the economy in ways we have never seen before, because it eliminates taxes on businesses. I know that sounds scary, but understand this: businesses currently do not pay ANY taxes, regardless what your politicians tell you. All taxes are passed on to either consumers or shareholders in the form of increased purchase costs or decreased return on investment, usually the former. By eliminating the exceptionally cumbersome “tax calculus” involved in all business decisions now (where to build a plant? how many people to hire? what kind of people to hire? etc. etc. etc.) and eliminating taxes on raw materials, businesses would have heavy incentive to remain in, return to, or simply move to the United States to do business.

Absolutely! We’ve made this point here before: businesses DO NOT pay ANY taxes. This is a fault found in most liberals especially evidenced when they crow about the evil big corporations and their profits. Guess what? They have an obligation to generate as much legal profit as possible. Any time the government lays on a new tax or fee it just gets passed along to the consumer. Hate Exxon-Mobil and the rest of the evil oil companies? Sure, let’s slap an additional 5% tax on them. Guess what what happens at the pump. Likely a 5% increase in the cost. GD continues:

[Third] By eliminating income taxes on people and businesses, we remove the majority of Congress’ power to manipulate people, business, and the economy and the lobbying trade would decrease significantly. Think about it, most lobbyists are used to get “sweetheart tax deals” that favor their business, company, or industry. If taxes are no longer levied on income, there is very little to lobby for and return to a system of limited federal government that was originally envisioned.

I’ll take this one step further: the incentive for local and state governments will be to generate the sales of products, services and products in their jurisdictions. More sales equals more tax revenue.
So thanks for the email, GD – keep up the good work. And I wasn’t advocating a particular fix to the system, but one thing that I’m in agreement with: the system needs changing now.