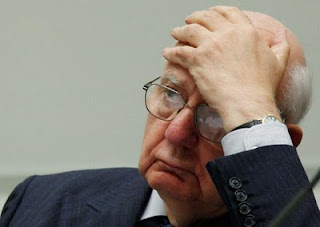 I’ve always been a fan of simplifying the tax code.  A flat tax.  A segmented tax. Whatever.  Make it simpler you gain a few things, including a reduction of required government oversight in the form of the I.R.S.  It may be possible to get a greater compliance level by citizens and finally, it may allow for more people to understand and feel a fiscal responsibility in out government.  With no skin in the game, it’s easy to admire what the government gives you and generally speaking, to cross the line into an income range that gets hit by taxes can usually set one back behind where they were before they were required to pay taxes.

Well, two senators have introduced a plan to simply the tax code. Senators Judd Gregg (R-NH) and Ron Wyden (D-OR) would lower the number of marginal income tax rates to three: 15%, 25% and 35%. It also would eliminate the AMT, the bane of many in the middle class.  The plan would reduce the corporate taxes into a single, 24% bracket with the exception that small businesses (those under $1M in receipts) can expense all inventory and equipment costs.  Note that these two have done what a President Obama-appointed task force has yet to do: put forward a plan worth considering.  Paul Volcker was appointed the chair of the task force by President Obama last March – nothing has been heard from them – maybe they’re busy “creating and saving” their own jobs.  There have been some other details released – all of which form a reasonable basis to start from in the revision of our tax code.  We’ll have to wait and see if the rest of Congress has the stomach to tackle this.  Heaven knows they don’t have the stomach to tackle ‘Puter’s plan even though someone should.