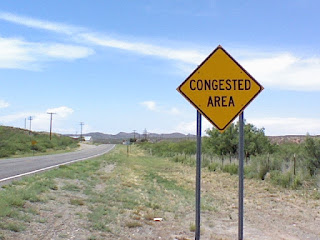 Yeah, yeah, yeah, looking at the timestamp on this post you might notice that I’m blogging during the SOTU.  But, GorT, don’t you want to listen?  Don’t you want to pick apart what was said, what wasn’t said, how many times Nancy Pelosi blinked, and detail why Joe Biden’s fembot face needs to be adjusted?  Nope.  No interest.  Much like former congressman Fred Grandy said this morning, the SOTU doesn’t mean much at all.  It’s a bunch of empty words.  Blah Blah Blah.

I’d like to point out something else.  Apple announced it’s iPad “tablet” device.  It’s an impressive piece of hardware with an amazing price point.  GorT is actually considering purchasing one in March when it is expected to become available.  However, to truly make the device sexy, you can reportedly add $130 to the bottom line and get 3G access via AT&T.  Hmmm.  Wait.  Isn’t this the same company who is having trouble supporting their 3G network with the hordes of iPhone users slamming it checking on the latest update from your Gormogons?  Isn’t this the same company who after months of being slammed by Verizon on their 3G coverage with a simply understood map has yet to deny it with any simply understood claim?  I remain concerned that Apple is selecting a business partner for its 3G coverage who hasn’t invested and innovated as well as other companies.  We’ll see how it shakes out moving forward but with a projected 2 to 5 Million new iPads with some percentage of these with 3G access, AT&T has its hands full and Apple will bear some brunt (at least in the tech-blogs) of any failures.