↓
Home→Haiti→More on our Military and Haiti 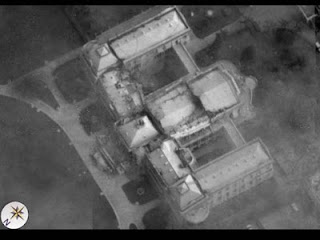 Not only are we sending troops to support various efforts in Haiti, but the military, specifically US SOUTHCOM) has redirected a RQ-4 Global Hawk drone to provide aerial imagery for damage assessments and recovery efforts. Pictured is the damaged Presidential Palace in Port-au-Prince. Click here for one of the national cathedral. These highly technical assets provide valuable information to those on the ground. I’m glad to see the U.S. making use of and making the data available for the relief efforts.  The Global Hawk is spending 14-16 hours flying over the small country and collecting up to and possibly over 1,000 images per day (early days were less but it is ramping up).