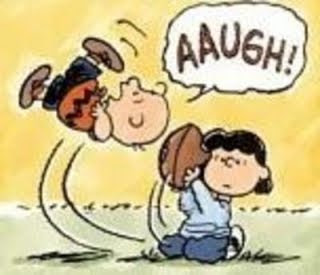 Maybe it’s the ultra-competitive nature of the society we currently live in or the desire to be the first for personal recognition sake, but it’s a sad day when good scientific processes are abandoned and squelched in favor of political or personal agenda’s gain.

Case in point: some scientists have taken a look at some of the data at the heart of the infamous anthropogenic global warming “hockey stick” temperature graph. To familiarize everyone, trees provide a decent record of their local climate. Scientists take cores from trees to examine the tree rings (growth patterns in the trunk) and use these to extrapolate climate data and temperature.
The scientists involved in generating the temperature data and graph decided to take a very small subsample of data (12 cores out of over 250 available tree cores) in 1990 and later. It turns out (read below) that subsequent tree core samples were likely not gathered at random and instead selectively used. The scientists/detectives on the case re-examined the results if the full set was used and guess what? No hockey stick rise in temperature. Surprise!
Had these been randomly selected, this would be a thin sample, but perhaps passable. But it appears that they weren’t randomly selected.
From Steve McIntyre over at Climate Audit:

1. In a 1995 Nature paper by Briffa, Schweingruber et al., they reported that 1032 was the coldest year of the millennium – right in the middle of the Medieval Warm Period. But the reconstruction depended on 3 short tree ring cores from the Polar Urals whose dating was very problematic. http://www.climateaudit.org/?p=877.

2. In the 1990s, Schweingruber obtained new Polar Urals data with more securely-dated cores for the MWP. Neither Briffa nor Schweingruber published a new Polar Urals chronology using this data. An updated chronology with this data would have yielded a very different picture, namely a warm medieval era and no anomalous 20th century. Rather than using the updated Polar Urals series, Briffa calculated a new chronology from Yamal – one which had an enormous hockey stick shape. After its publication, in virtually every study, Hockey Team members dropped Polar Urals altogether and substituted Briffa’s Yamal series in its place.http://www.climateaudit.org/?p=528. PS: The exception to this pattern was Esper et al (Science) 2002, which used the combined Polar Urals data. But Esper refused to provide his data. Steve got it in 2006 after extensive quasi-litigation with Science (over 30 email requests and demands).

3. Subsequently, countless studies appeared from the Team that not only used the Yamal data in place of the Polar Urals, but where Yamal had a critical impact on the relative ranking of the 20th century versus the medieval era.http://www.climateaudit.org/?p=3099

4. Meanwhile Briffa repeatedly refused to release the Yamal measurement data used in his calculation despite multiple uses of this series at journals that claimed to require data archiving. E.g. http://www.climateaudit.org/?p=542

5. Then one day Briffa et al. published a paper in 2008 using the Yamal series, again without archiving it. However they published in a Phil Tran Royal Soc journal which has strict data sharing rules. Steve got on the case. http://www.climateaudit.org/?p=3266

6. A short time ago, with the help of the journal editors, the data was pried loose and appeared at the CRU web site. http://www.climateaudit.org/?p=7142

7. It turns out that the late 20th century in the Yamal series has only 10 tree ring chronologies after 1990 (5 after 1995), making it too thin a sample to use (according to conventional rules). But the real problem wasn’t that there were only 5-10 late 20th century cores- there must have been a lot more. They were only using a subset of 10 cores as of 1990, but there was no reason to use a small subset. (Had these been randomly selected, this would be a thin sample, but perhaps passable. But it appears that they weren’t randomly selected.) http://www.climateaudit.org/?p=7142

8. Faced with a sample in the Taymir chronology that likely had 3-4 times as many series as the Yamal chronology, Briffa added in data from other researchers’ samples taken at the Avam site, some 400 km away. He also used data from the Schweingruber sampling program circa 1990, also taken about 400 km from Taymir. Regardless of the merits or otherwise of pooling samples from such disparate locations, this establishes a precedent where Briffa added a Schweingruber site to provide additional samples. This, incidentally, ramped up the hockey-stickness of the (now Avam-) Taymir chronology.http://www.climateaudit.org/?p=7158

9. Steve thus looked for data from other samples at or near the Yamal site that could have been used to increase the sample size in the Briffa Yamal chronology. He quickly discovered a large set of 34 Schweingruber samples from living trees. Using these instead of the 12 trees in the Briffa (CRU) group that extend to the present…(reference to graph)…showing a complete divergence in the 20th century. Thus the Schweingruber data completely contradicts the CRU series. Bear in mind the close collaboration of Schweingruber and Briffa all this time, and their habit of using one another’s data as needed.

10. Combining the CRU and Schweingruber data yields the green line in the figure above. While it doesn’t go down at the end, neither does it go up, and it yields a medieval era warmer than the present, on the standard interpretation. Thus the key ingredient in a lot of the studies that have been invoked to support the Hockey Stick, namely the Briffa Yamal series (red line above) depends on the influence of a thin subsample of post-1990 chronologies and the exclusion of the (much larger) collection of readily-available Schweingruber data for the same area.

So when will it all unravel that one of the core supporting datasets for the AGW crowd is actually based on seriously and intentionally flawed data? Will Al Gore or Michael Moore make an award winning documentary on it? Will the Copenhagen climate summit debate this? Not likely. Big Environment is here and has the ear of many elected officials. One can only hope that a turnover of power like the one in Germany, the one likely in the U.K. and hopefully on in the U.S. next year will quell this biased and misguided movement.