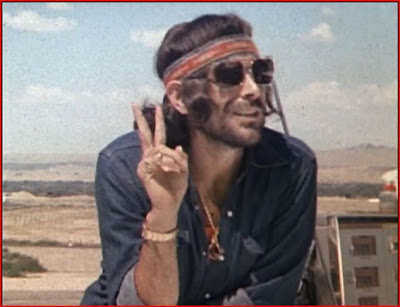 Matt Taibbi of Rolling Stone magazine takes on the state of America’ healthcare system and manages to get everything pretty much dead wrong.

Obviously, he is a sucker for a single payer—that is, Federally run—system. He couldn’t be printed in Rolling Stone if he wasn’t a sucker. He’s right that doctors are being punished by litigation, but seems to suffer from a case of acute hyperactive hyperbole: doctors are bled dry, patients are cheated and left to die. It is a black leprosy.

Get a grip, dude. Your rant, which weaves in and out of reality—some of your points are reasonable but are so exaggerated by your purple haze prose that they become laughable—sounds exactly like the 60-something hippie sitting in the park waiting for the good days to come back…which is good for the readership that still bothers with Rolling Stone.

The man. Greedy fatcats. Both Democrats and Republicans are to blame, and include whores and thieves in their ranks. Fight the system, bro. By the way, your own estimate of 47,000,000 uninsured swells 50% past the number touted by the President…and his number only works if you include illegal aliens. Which he insists his doesn’t. But it does.

And it goes on for seven pages like this, because you luv to hear yourself talk. Makes sense, because you’re not used to anyone being in the room with you. And like any hippie rant, your facts are barely supported by research, you show little understanding for how healthcare works (and the fact a soul such as yourself is alive is proof against anything but), but that’s beside the point. Things feel bad to you, fra, and so they must be.

The Czar is sure you think healthcare worked well in 1969. Your conviction that the single payer system miraculously sweeps all the world’s woes away notwithstanding, if you hate it here so much…why isn’t your by-line in Canada?

And what the hell is the Czar doing reading a nostalgia rag like Rolling Stone, which hasn’t produced anything useful since…well, since Fast Times at Ridgemont High?