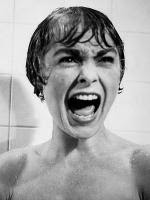 FUD is a public debate tactic, if I may stretch a bit, wherein the speaker or organization is facing serious opposition either in popularity, by factual data or by common sense. It is resorted to in order to appeal to people’s innate fears and doubts about the future and possibilities.

One of Big Environment’s leading members, Greenpeace, has released this video over in the U.K.

Wow! Scary. And who here hasn’t heard of the threat of 9/11-like attacks on the U.S. nuclear power plants? Although, maybe some of the technologies we’ve talked about here would be better suited to defend against these situations, let’s look at some factual data (usually the best defense against a FUD attack). Here is a video of a test where an F-4 Phantom was flown into a concrete wall similar to those housing nuclear power plants. Watch and learn. . Aside from the fact that I marvel at the construction technology used, I think this is pretty convincing. But that’s just a small fighter jet, you say? Well the Nuclear Energy Institute conducted another study found here that determined that a 767 flying into a nuclear power plant would not cause a breach. We wonder why everyone is all spun up about the various topics of the day and it’s largely due to false data and FUD.