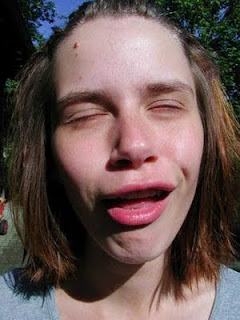 Well, the ‘Puter ain’t right here. There are staunch supports of either side of this argument. While the officers and my fellow Gormogon offer some compelling arguments for legalizing it, I think the downsides outweigh the positives. Updating the public intoxication and DUI laws are easier said than done (the law generally trails problems). Sure we could lock step it in with the legalization, but I doubt we’ll get the laws right on the first try. Second, there’s the matter of enforcement – drugs are a tantalizing beast and do we really have the free time with our current police forces to add this to their plate? And what degree of “stoned” is allowed in public and how would an officer measure or enforce that?

Maybe more importantly, this opens Pandora’s box. Legalizing marijuana beckons the legalization of cocaine, heroin, PCP, etc. Are we ready to accept having the additional fatal accident to the abusers and innocents because it’s nice that we’ll have these updated laws and better enforcement (I assume) but will they catch the guy who gets high one night and decides to go for a joy ride? It’s no different than getting drunk and doing the same, so now we’re just allowing for more sources of that abuse – does that make sense? I’d say not. The same goes for the argument that the harder drugs should be under a “use on premise” law. How would one enforce that – maybe they have to hire a local official to oversee them while they get high? Doubtful.

I suspect that ‘Puter would argue that as part of the legalization process that there would be a minimum age for possession and consumption. How bad is alcohol abused by minors now? Are we going to make drugs that much more available that minors are now more tempted by the “tempting fate” challenge of scoring some weed (or worse) instead of a six-pack? I’m not naive enough to believe that teens aren’t already abusing drugs, but my point is that the legalization of drugs could make them that much more available than from dealers that have to worry about being busted.

A few things to consider:

While I don’t want the government making personal health choices for me, I’ll cede this one – recreational drugs just aren’t a good thing.