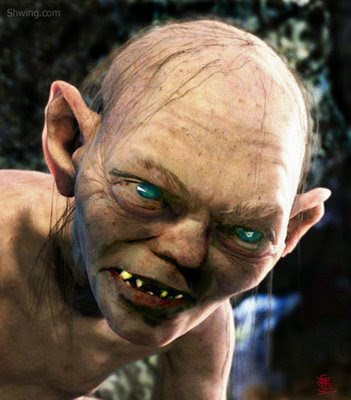 In this article, McClatchy reports that confirmation politics has become bloodsport in Washington.

Here, liberal activists at People for the American way, along with other unnamed liberal supporters of Judge Sotomayor’s nomination to the United States Supreme Court, urge reporters to dig into Frank Ricci’s background. According to the liberal sources, Ricci was let go from a prior job, and has sued his employer previously for not accommodating his dyslexia.
Ricci, as readers may recall, is the named plaintiff in the recent decision where the Supreme Court smacked down Judge Sotomayor’s Second Circuit panel. Judge Sotomayor upheld without opinion a lower court ruling allowing New Haven to toss out the results of firefighter promotion exams because not enough of the correctly hued people had passed. The Supreme Court unanimously criticized Judge Sotomayor’s panel for ruling in a cursory fashion, though the court was split 5-4 in its substantive decision.
Here’s ‘Puter’s question. Who in the heck cares whether Frank Ricci was a model firefighter or a drug and booze addled ne’er do well? Ricci has nothing to do with Judge Sotomayor’s fitness whatsoever. Ricci’s past does not change the operative facts. New Haven used race, and race alone, to decide promotion criteria. Judge Sotomayor ducked analysis of Ricci’s discrimination claim entirely, likely because she knew she was on a short list for the Supreme Court. (Supreme Court short listers like to remain as uncontroversial as possible in their decisions). The Supreme Court overruled both the District Court and the Second Circuit. The Supreme Court took the unusual step of noting the lack of any analysis whatsoever from Judge Sotomayor’s panel. Frank Ricci has exactly nothing to do with any of this, nor does he personally have a bearing on Judge Sotomayor’s fitness for the bench.
PAW’s plea to go Carville on Ricci smacks of desperation. It seems liberals are worried senators and Americans will actually look beyond Judge Sotomayor’s race and gender to determine her fitness for the bench. As well the liberals should worry, based on these poll numbers. Judge Sotomayor’s numbers are Harriet Miers-esque, and that’s not good.
So, taking a page out of the Clinton book, if you can’t win on the facts, find someone to trash, and trash them good. Great to see the Hope and Change in practice.