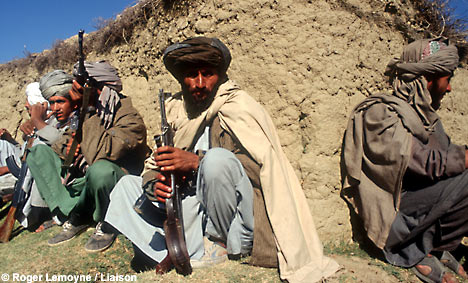 Your Czar has not forgotten about Pakistan, and the rising Taliban threat there.

Consider this: the Taliban are in some respects closer to gaining nuclear firepower than Iran. The situation is so serious that even our current State Department is actually aware of the situation.

The people of Pakistan, who so welcomed the Taliban as a counter-point to perceived US heretical imperialism, is now realizing that the Taliban are a vile, horrific band of soulless killers, as evidenced by the Taliban’s forced conscription of pre-adolecent males to serve as cannon fodder, tearing the boys away from their horrified families, and wantonly killing once-fellow muslims and stealing their valuable.

Conveniently, the average rural Pakistani now rationalizes that the Taliban are a creation of US heretical imperialism—the Czar can live with this because (a) he can understand why they might think so and (b) whatever, so long as all Pakistanis see the Taliban must be opposed. Hate us if you must, but hate the Taliban more.

Adding to the surreal aspect of this, of course, is the perception—also quite understandable and probably true—that the Pakistani military is taking their sweet time about mowing down the Taliban in order to receive more US funding. Curious that the US is seen as the evil behind the Taliban and the evil behind the government forces. Again, the Czar will overlook any perception issues so long as they (and the rest of the world) continue to destroy the Taliban.

Perhaps the Czar is simplistic in his thinking, but the evil of the Taliban is as black and white an issue as we now rue the Nazis were. The differences between the two are many, but may ultimately come down to this: the Nazis sought but never got the bomb, and there is no evidence they would have actually used it. The Taliban, however, have nuclear weaponry within a shorter reach, and there is no evidence they would remotely hesitate to use it.