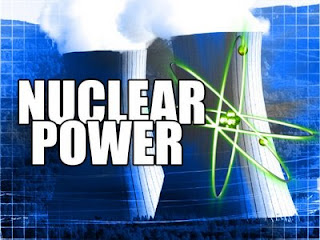 We’ve laid out the case for affordable, easily distributable “renewable” energy.  We’ve pointed out that until the government pursues energy sources that are fiscally compelling it’s a lost cause.  So what happens?  We get Rep. Waxman (D-CA) and Rep. Markey (D-MA) have proposed the “American Clean Energy and Security Act” which would require stricter caps in greenhouse gasses than even POTUS Obama has pushed for and would require every region of the country to produce a quarter of its electricty from renewable sources like wind, solar and geothermal by 2025.

If I were a governor of a state, I’d work for more nuclear power.  Currently the U.S. is generating about 19% of its electricty from nuclear power (woefully lacking compared to France (78%), Belgium (60%), South Korea (36%) and others).  Once my state reaches 25% by nuclear power, I’d tell Reps. Waxman and Markey to take a hike.   Pfft.
We’re heading for another waste of our money – studies are out showing that the CFC efforts in the 80’s might not be needed to save the Ozone layer.  We’ve already started spending money towards Global Warming, but now it looks like it’s “Climate Change” because the Global Warming models aren’t describing what we’re currently experiencing.  Again, go read this post and think about these idiots in charge.