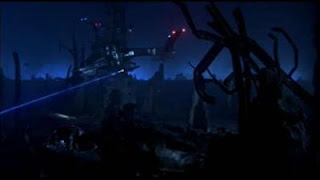 The Obama administration has a large task in front of them.  No, not the economy.  It’s defending the country against the increasing risk of Cyberwarfare while still allowing an increase in the use and power of networked computing.  Unlike his other problems, there is no way for the President to try to pass the blame onto President Bush.  A number of former administrations have laid some groundwork – not enough, mind you – including the last administration pushing forward the Comprehensive National Cyber Security Initiative.  Melissa Hathaway has been charged by President Obama to move out on this with a 60-day cyber review.

While the money may be there and the desire, the real challenge will be whether the multitude of federal government agencies can actually move forward on this.  Furthermore, there is the increased need for network connectivity on the battlefield.  I would be the last to advocate “pulling the plug” and going to standalone networks.  There are plenty of things already done and in the works that are dealing with this – I just hope that the typical government bureaucracy won’t stand in the way of additional improvements.   It is likely that, in the future, we will be fighting a traditional warfare in concert with a cyberwarfare effort.  Maybe things like this will lead us into the next conflict and end up being able to claim that all your base are belong to us.  Granted it’s a rumor, but if true, pretty amusing.