Hmm. Can’t say I saw that one coming. 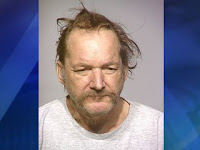 The lawnmower had it coming. And hey, my name is long, sure. And rhymes with an Umpty. But come on, know your Gormogon history! Who was the Œcumenical Volgi back in the day? That’s right, Confucius! And writing 孔夫子 is a whole lot more Œconomical than “Confucius” or “K’ung-fu-tzu*.” You can just call me ŒV, though, GorT. (GorT! Klaatu barada nikto! Which reminds me, how much is this gonna suck? I’m thinking “muchly.” I do like that inadvertent highlighting of Keanu’s wooden acting style, “Derrickson felt Reeves could portray a lack of humanity…”)

*Wade-Giles is the Official Chinese Transliteration System of the Gormogons. 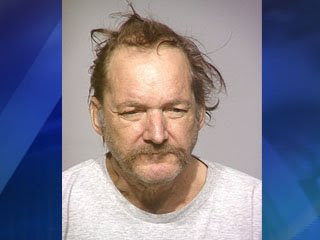 We’re here to mock, so I’ll mock away: Apparently, 孔夫子, the Œcumenical Volgi (The Notorious ŒV) – could he have a longer name?, took matters into his own hands to make the blog more funny. See the news report here. Maybe he found a way to make his iPhone a sawed-off shotgun.

Though this is encroaching on GorTechie’s territory, I realize we haven’t talked about technology. Also, it’s been too damn serious around here. So, killing two birds with one stone, I hereby order, BLOG, BE MORE FUNNY!.

(God, I want that program to the right.) 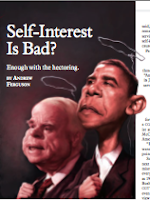 Here is a great essay by the brilliant Andrew Ferguson on McCain and Obama’s egomaniacal exaltation of politics as “service” greater than leading one’s “self-interest,” which is to say one’s own life and doing good in service to one’s family, church, business, etc.

Condescension lies behind the call to a [Cause Greater Than One’s Self-Interest]. Why does a candidate feel compelled to exhort his nation to a higher cause, especially a cause that’s purposely left gauzy and undefined? He reveals a low opinion of his countrymen by doing so. He implies a population lost in self-absorption and narcissism, each member ignoring others in pursuit of selfish ends. It takes a lot of nerve to say that, even by insinuation—and since Obama and McCain want to make it personal, let’s do.

It gets better from there.

And, not to get too highbrow, but it never hurts to remember… 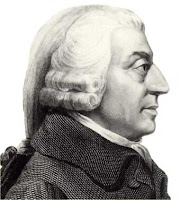 “It is not from the benevolence of the butcher, the brewer, or the baker, that we expect our dinner, but from their regard to their own interest. We address ourselves, not to their humanity but to their self-love, and never talk to them of our necessities but of their advantages.” — Adam Smith, An Inquiry into the Nature and Causes of the Wealth of Nations, bk. I, ch. II.

“Every individual necessarily labours to render the annual revenue of the society as great as he can. He generally, indeed, neither intends to promote the publick interest, nor knows how much he is promoting it…. He intends only his own gain, and he is in this, as in many other cases, led by an invisible hand to promote an end which was no part of his intention.” — Ibid., bk. IV, ch. II

So what do you get when you push through legislation like the Fannie/FreddieMac bailouts, the closed-door La Raza Immigration Bill, etc.; have corruptions like the sweetheart mortgage deals, cold hard cash hiding in freezers, etc., all after publicly claiming that you would be the “most honest, ethical and open congress ever” ?? You get a whopping 14 percent approval rating. Lower than the demonized George W. Bush and the lowest EVER in the 34 years Gallup has been asking this question.

Of course, this isn’t new…heck, even Al “Super Green” Gore still is hypocritical, watch this video:

Lest you think Ghettoputer exaggerates when he cites the intimate ties between Jim Crow and gun control, I point you in the direction of this law-review article which does a nice job with the history and connection. Here’s the epigraph, emphasis mine:

“I know something of the history of this legislation. The original Act of 1893 was passed when there was a great influx of negro laborers in this State drawn here for the purpose of working in turpentine and lumber camps…. [T]he Act was passed for the purpose of disarming the negro laborers and to thereby reduce the unlawful homicides that were prevalent in turpentine and saw-mill camps and to give the white citizens in sparsely settled areas a better feeling of security. The statute was never intended to be applied to the white population…. [I]t is a safe guess to assume that more than 80% of the white men living in the rural sections of Florida have violated this statute…. [T]here has never been, within my knowledge, any effort to enforce the provisions of this statute as to white people, because it has been generally conceded to be in contravention of the Constitution and non-enforceable if contested.” —Watson v. Stone, 4 So. 2d 700, 703 (Fla. 1941) (Buford, J., concurring).

The often-forgotten role of the Deacons for Defense & Justice, who provided law-abiding armed protection to black communities and peaceful protests in the civil-rights movement of the ’60s also shows how the Second Amendment often serves a—if not the—guarantor of all other rights. As the authors of the above article point out in connection with New York City’s Sullivan Act of 1911 (still on the books, ensuring only the rich and wealthy can legally protect themselves), it hasn’t just been black Americans who’ve born the burden of disarmament because of majorities’ fears and bigotry.

…will also have to account for this oddball story he wrote in 1994, recounting a college dorm “exorcism” (not an actual Rite of Exorcism) for which he was present. Apparently it’s come up in campaigns before and hasn’t hurt him. Certainly his record’s so impressive that if competency in administration is a criterion, he could be a human-sacrificing Druid and you’d still have to vote for him, if executive ability was your top issue.

But let not forget the top reason why he will some day be president, perhaps serving Mom’s curry-laced jambalaya in the White House. Little Piyush Jindal came home from grade school and informed his mother that he’d henceforth be known as Bobby. Where did he get this name? Bobby “Mom Said Not to Play Ball in the House” Brady.

Hail to the Chief.

Our ever-amusing and multi-talented civil rights abuser, the D.C. City Government has determined that no matter what the U.S. Supreme Court says, no way, no how are any law abiding citizens with the District ever going to own semiautomatic pistols. Only revolvers. And they’ll tie you up in so much red tape, you’d wish you’d never even thought of exercising your civil rights.

In a bit of irony, the majority black government of the District is imposing laws preventing its majority black populace from owning guns for self defense. Much like the racist white Jim Crow South did in order to keep blacks down. Not pretty.

I say D.C. residents should beat their government at its own game. Go out and purchase this lovely revolver, which is capable of handling both .45 ACP and .410 shot shells in the same cylinder. While not very accurate at any large distance, this weapon is more than capable of putting big holes in an intruder who, with bad intent, comes into your abode uninvited. And its at least as powerful and “scary,” if not more so, than the big, bad semiautomatic handguns the District wants to prevent you from owning.

Bobby Jindal. I must admit, I’ve a bit of a man crush on Governor Jindal (R-LA). Ain’t too many of us who have accomplished as much, even in a much fuller lifetime. He may be the salvation of the conservative movement in 2012 or 2016. Even counting his odd flirtation with the snake oil salesmen who gave us “Intelligent” Design. Were he to be McCain’s V.P. candidate, his accomplishments alone would eclipse Sen. Obama’s wafer-thin resume.

And, besides, Ghettoputer’s Uncle George is a proud resident of the Pelican State.

Second on my list of potential conservative movement saviors? Adam Putnam of Florida, one of the last Florida cattlemen. More on Rep. Putnam (R-FL12) later.