For reason which must remain obscure, this is more GorT’s bailiwick than mine, but Stephen Colbert on the looming Anglican schism is pretty darn funny.

Well, between Ghettoputer’s braining some guy and my unloading my sawed-off on my Toro, GorT has compiled a pretty excellent police blotter. When will his felonious misdeeds come to light? Watch this space… 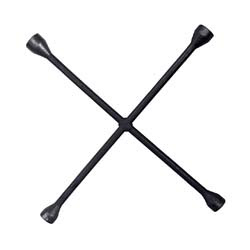 While most of the amusement in this story is an inside, high school joke for us three, I figured I’d post it anyway:

“It was real fast, came in demanded the money, took the money and went right back out, couple of seconds,” said Detective Jason Moorehead of the Orange County Sherriff’s Office.

Investigators said the suspects took off with around $400. Police said there were no surveillance cameras inside or outside of the store.

Deputies used dogs to try and track down the suspects, but did not find them.

Orange County police have been alerted to the whereabouts of the Ghettoputer. 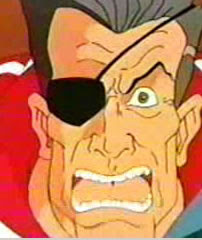 Man, your Volgi seems to be carrying all the freight today. So, here’s one from the Wildly Entertaining file. The Volgi understands the feeling—oh, yes, he does—but dude, seriously, grab the reins and some perspective.

Dude goes profane and berserk on his editors over the removal of an ‘a’.

Not funny at all.

Following up on Ghettoputer’s WWTD? post on gentleman and scholar Andrew Giuliani, here’s a good post from Deadspin that points out this separated-at-birth resemblance.

Hey, for the six of us who were lucky enough to get into Wonderfalls in its all-too-brief life on Fox (and enjoyed its DVD afterlife, which has more episodes than ever aired on TV), this last item is neat. And you should watch Pushing Daisies. Very clever show.

“On vacation.” But we really know he’s scouting out a cheaper place to live. 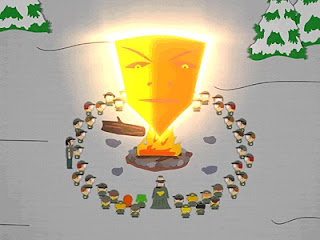 I’ll reserve judgement on its suckitude, and certainly for GorT’s sake, I hope it’s good. But what the hell is up with that title? I blame David Fincher or whoever came up with the idea of spelling Seven with a numeral. That went even further downhill to the proposed De2cent which has happily been changed. And now Tr2n? Wilco Tango Foxtrot? It’s 1337, which is lame enough, but there’s no visual correspondence between a 2 and an o! Not even close! Grrr.

..this one hopefully won’t. I think you can safely sign up ol’ GorT for seeing this one.