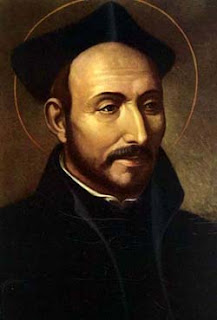 I forgot to mention it, but yesterday was the feast of St. Ignatius of Loyola (né Íñigo Oñez López de Loyola), a patron of the Gormogons and arguably the most influential Basque in the history of the world.

We hope the great soldier-saint will inspire our attempts at pointing out today’s follies “without hard words or contempt for people’s errors.” Though we’re pretty sure we fall short most of the time. Which is why you probably won’t see St. Ghettoputer on your calendar of saints any time soon.

Hey, hey, kids, anyone remember the anthrax murders after 9/11? And how the FBI has pretty much spun its wheels for years, concentrating on the wrong guy?

Well, lookee here. Seems they moved on to another suspect who promptly offed himself. Now, while that’s hardly a conclusive admission of guilt, it’s pretty darn suggestive. Did they finally break the case? If so, κυδος!

…seems pretty dubious to me, or at least a small factor in a much larger picture (since history records, e.g., Greenland’s being green). But the story GorT cites just reminds me of the old joke about the nuclear-launch error that was going to immanentize the eschaton* the next day.

The Wall Street Journal: Markets to Close at Noon: World at Three

*In the Illuminatus!, not the Vögelin-Buckleyan, sense.

Ok, the Œcumenical Volgi is among the world’s biggest fans of the The Mummy, Stephen Sommers’ excellently pitched action-horror-comedy. It’s feather light, immensely likable, and perfect popcorn-wolfing fun. The Volgi liked The Mummy so much that he was in the middle of drafting a screenplay for a sequel when he found out that not only had one been written, but it was already in production. And haste makes…crappy movies apparently, because The Mummy Returns was fairly lame. The Volgi’s script was really good, I tells ya.

Consequently, the ŒV has had some mixed feelings about the third installment. I want to like it, and if they do Shanghai in the ’30s or ’40s right, I’m a sucker for that—but I’m assuming the worst. The absence of the adorable Rachel Weisz’s (pictured, because duh) boded ill, methought. Alas, courtesy of Flava Last over at Galley Slaves, here’s the legendary Miss A. DuPont’s demolition of Mummy 3: Electric Boogalee, or whatever they’re calling it. Quoth La DuPont, in re problems with it:

There are Abominable Snowmen in this movie — three of them. At one point, one of them kicks an evil Chinese soldier over a goalpost-shaped piece of architecture. The Yeti behind the placekicker Yeti raises his arms straight in the air like a referee signaling “touchdown.”

Now I like yetis. I like ’em a whole lot. I can tell you that they’re called མི་རྒོད་—mekö—in Tibetan. But I can tell you this: they don’t watch the NFL. (They’re more cricket fans. Really.) So M3: Mummy Impossible is almost assuredly a special-effects-laden attack on the senses with a moronic script. I’ll probably go see it anyway, but…[sigh]

Call the Volgi*, Mr. Sommers, if you ever want a literate, funny script in the spirit of the original. I’ve done it before; I’ll do it again.

*At thenotoriousoev [at] me [dot] com. 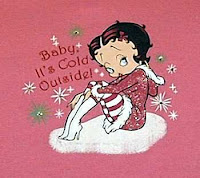 …but I just don’t see how climate change (and I believe man has little impact on it – see here and here and here) is a racial issue but some people are trying to make it one. Isn’t this just pandering? Racism is a horrible thing, but inserting race into an issue (or maybe a non-issue) only prolongs or creates a division that isn’t needed in the first place. 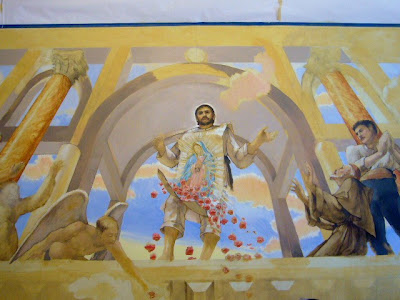 …and I see this picture. Apparently it’s from the shrine of Our Lady of Guadalupe in that traditionally Mexican community of La Crosse, Wisconsin.

It doesn’t say, and I’ll have to double-check the artist’s catalogue raisonné, but I’m pretty sure its title is Nicpiä Tonantzin Nican, or St. Juan Diego Says, ‘I got your BVM right here.’

Seriously! Dreadful use of perspective!

Move along, nothing to see here. Except it gives me another excuse to rail against stupid H.R.’s ripping out the communion rail. GRR!

Some fun videos from MilitaryTimes.com.

For gun dorks, the H&K 416, which looks to be an distinct improvement on the M4 (the Kalashnikov-inspired gas piston is a particularly welcome upgrade), though I still don’t know if terminal ballistics are going to be lethal enough with the SS109/M855 round out of that short a barrel. Still, H&K’s XM8, FN’s SCAR Light, or the 416 would all make me feel better for our servicemen than the M4 at this point. This ain’t a bad idea, and you could open the field up to the Robinson XCR (pictured), the Bushmaster ACR, the Tavor, the FN F2000, the SAR21, the Beretta ARX-160, etc.

One victim, three-year-old Aleyna Çelik, was laid to rest in her parents’ hometown, the Aegean city of Amasya. Her mother, Melike Çelik, speaking at the funeral, said, “I died with her. Today (Monday) was supposed to be her birthday. Instead of celebrating her birthday, we are burying her.” The funeral was attended by her family and local and military officials. Aleyna and her four-year-old cousin Taha Yıldız both died in the same explosion.A 14-year-old victim’s, Murat Ağca, funeral was held in the Fetih Mosque in Güngören. Besides Ağca’s family and relatives, district official Gürbüz Karakuş, Güngören Mayor Şakir Yücel Karaman and Bahçelievler Mayor Osman Develioğlu attended the ceremony. Brigadier Gen. Bahadır Köse, from the 23rd Division, also attended the funeral and offered the family his condolences. Ağca’s coffin was carried among slogans. Ağca’s classmate, Furkan Şentürk, shared his fate as a victim of the explosion. Both had succeeded in the entrance exam to the Kuleli Military Academy and dreamed of becoming soldiers.

Ghettoputer, see how you would have done on Professor Obama’s con-law exam. My guess is…